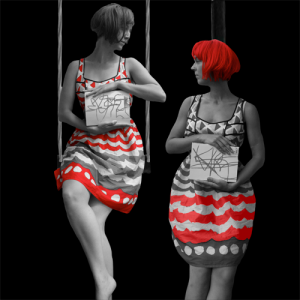 On Structure is a sound-centric performance duo featuring Jessie Marino and Natacha Diels.  The
New York based ensemble uses improvised and composed sounds {and the fluctuation of these sounds} to brew transferable art pieces which may ravage the realms of the performer, audience or space itself.
Uncovering the hidden motions of sound, freeing
Compositions from the fluorescence of the concert expectation. Topsy-turvy.  Use of lasers, wigs, electronics, cellos and flutes; Repurposing life experiences for music glitches and muscle twitches.  Eclipse boundaries of the stage.

This concert is presented in collaboration with FETA.