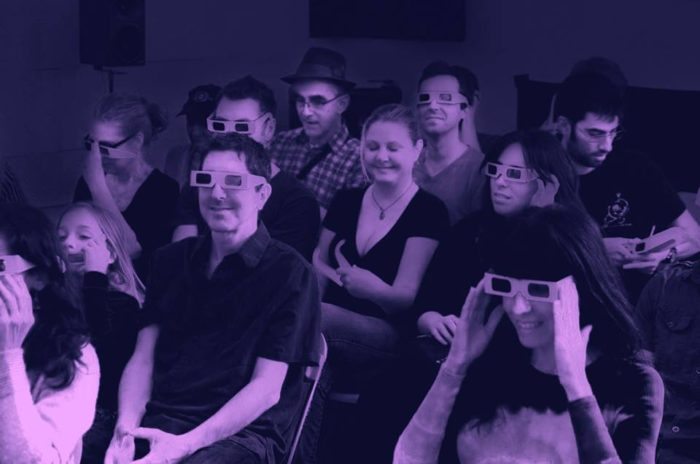 Subtropics is proud to present the 24th edition of its now classic Subtropics Marathon, a full-day concert designed to feature the rich diversity of new music from Miami based artists. This year’s Marathon will also feature short performances by guest artists from Spain and New York.

Note: works will be presented in no particular order

Miguel Álvarez-Fernández
Voyelles (2004) | 10’
https://archive.org/details/VOYELLES
Miguel Álvarez-Fernández (b. Madrid in 1979) is a sound artist, researcher and curator. After his studies in Composition at the Conservatory of El Escorial (followed by courses in Darmstadt, Kürten and Berlin), he completed a PhD in Musicology. Currently works as a freelance artist and curator, teaches at the Universidad Europea de Madrid, and hosts the weekly broadcast Ars Sonora at Spanish National Radio

Blue Movie (color, sound, 1986)
a films 16mm “film” in which the projector provides its own content-with slight intervention by the filmmaker-and its own soundtrack

All My Sorrows Could Swim (color, silent, 1996)
a hand-made, cameraless 16mm film with live score. premiered in 2016 at the Rewind/Fast Forward Film and Video Festival

Federico Bonacossa
De Profundis for bass clarinet and live electronics | 10’
De Profundis is one of a series of pieces for solo instrument and live electronics I have been composing for the last few years. Most works share a similar approach to formal structure and certain types of effects but differ greatly in other ways. In De Profundis all the musical material was generated by transcribing spontaneous vocal improvisations using the computer or simply by ear. The effects used are a combination of granular synthesis, loops, delays, pitch-shifting, and ring modulation.

Richard Brookens
Lust of Eyes, Lust of Body, and Pride of Life (2017) | 9’
Olivier Messiaen’s Third Mode of Limited Transposition will be explored in this multi-instrumental improvised solo piece. Three woodwinds; Bass Clarinet, Bansuri, and Soprano Saxophone will blend electronically in the moment to create a 9 minute piece, having 3 movements of 3 minutes each

John Henry Dale
Ajedrecista Algebraica (2017) | 10’
The “Ajedrecista Algebraica”(Algebraic Chess Player) project is an algorithmic and semi-improvisational composition and performance which attempts to answer the question “What do chess games sound like?” by translating algebraic chess notation into music

Dan Dickinson
Impeachment (2017) | 10’
This piece for double bass uses improvisation and recorded audio to explore the proactive interruption of powerful systems. It is not a substitute for participation in the democratic process

Frank Falestra
thelaundryroom@the-beach.net
Waves to Wax (2017) | 10’
Capturing a set of random radio waves and recording them live into a 1939 lathe cutter and then playing the etching in the polycarbonate disc back

Ferrer-Molina
Vibrato (2009) | 8’
Ferrer-Molina is a sound artist, musicologist, conductor and critic, with degrees in guitar, piano, conducting, music education, musicology and composition at the conservatories of Valencia and Madrid (Spain). From 2014, he is the president of the AMEE (Spanish Association for Electroacoustic Music and Sound Art) and curator of the Punto de Encuentro International Festival of Sound Art and Electroacoustic Music.

Richard Garet
Live / UNTITLED (2017) | 10’
Richard Garet’s approach to working with sound live focuses on connecting directly the audience with listening and the physicality of audio in space and acoustics. Garet deals with material and processes that interact and activate sonic material such as electromagnetic waves, treated tape and audio cassettes, cracked media, sonification of light and data, information noise, and computer processing. Garet’s preparations to working live with sound evolve from studio practice and these developments establish the artist’s material and set of possibilities to work and interact with in front of an audience.

Ron Kuivila
Electric Wind (2004-2017) | 10’
Barbara Held, flute
The shape of the piece is a result of the interaction of the flute and the electronics, while the flute elicits a specific response from the electronics, the absence of a response in some cases is what creates the beauty of the form.

Emi Minami
Drumming in the Electromagnetic Field | 10’
Our constant use of electronic devices generates a dense, chaotic field of electromagnetic noise. This noise has become ubiquitous, but it normally remains completely imperceptible to us. This performance will work with this electromagnetic noise, capturing it with hand-made induction devices which act as a counterpoint to the mass-produced electronics. Revealing an invisible and silent dimension of our environment, we will play back electromagnetic field recordings from various public spaces in Miami, as well as inducing and amplifying fields inside the Audiotheque in real time. These sounds of electromagnetism will be in dialog with acoustic percussion, moving layers and patterns of sound through the Audiotheque’s 4-channel system