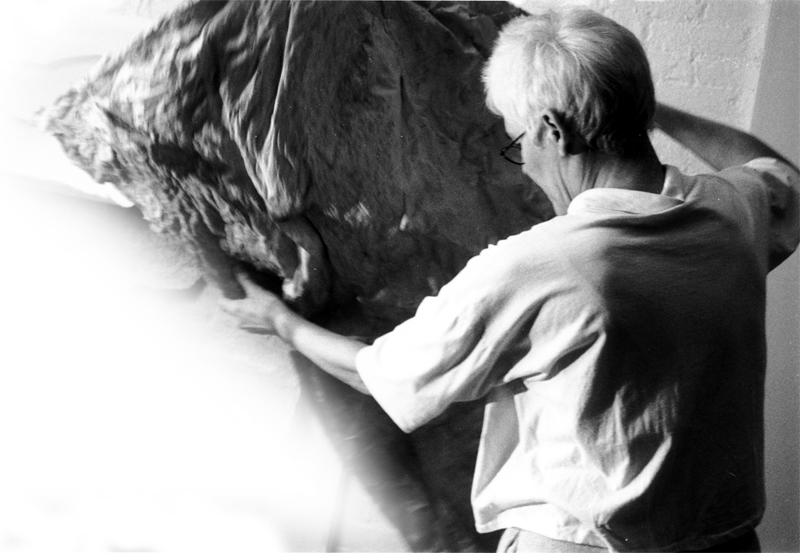 This is a somewhat didactical sound installation in which Fluxus artist Alison Knowles introduces and demonstrates the sounds of the Paper Weather instruments she brought to Miami for her iSAW residency in 2003.  Instruments include:

Alison Knowles was born in New York City in 1933. She is a visual artist known for her soundworks, installations, performances, publications and association with Fluxus, the experimental avant-garde group formally founded in 1962.

Formal and Informal Education: After briefly attending Middlebury College, Knowles studied with Joseph Albers and Richard Lindner and graduated from Pratt University in 1954. With John Cage and Dick Higgins, she joined the New York Mycological Society, frequently hunting for wild mushrooms around New York City from the late 1950s-60s. During this time a close and fertile exchange of affection, food and ideas developed between Knowles and Cage. Also significant, if informal, in 1968 Knowles designed and screen printed the last known edition with Marcel Duchamp, a reprint of his Couers Volants for the Something Else Press.

Events and Performances: Events are a minimal form of performance score invented by George Brecht in John Cage¹s historic class in Experimental Composition at the New School for Social Research in New York in 1958. Many Fluxus performances take this reduced means of performance, which is often a deceptively simple instruction. For example, Knowles¹ much discussed The Identical Lunch (1969) is a score based on her habit of eating the same food at the same time each day ­ “a tunafish sandwich on wheat toast, with lettuce and butter, no mayo and a cup of soup or a glass of buttermilk.” This meditation on the everyday was also explored in a book by her friend, composer Philip Corner, who originally suggested to her that this habit might be scored as an event. Other often performed Events by Knowles include Make a Salad (1962) most recently performed at the Baltimore Museum of Art “Work Ethic” exhibition and The Wexner Center (2004) and Shoes of Your Choice (1963) which invites the audience to talk about their shoes and to tell the stories they evoke. Knowles has produced more complex performances that often involve the use of ubiquitous objects such as beans, which evoke a world culture of sustanace, and shoes, a nearly universal clothing item. These performances utilize the Cagean compositional devises of indeterminate performance and chance operations and include The Bean Garden (1976), The Shoemaker¹s Assistant (1977), Paper Weather (1986), and Loose Pages (1986-present).

Sound: Distinct from her Events and live performances, Knowles has been active in sound since the late 1960s. In 1968 Knowles designed and co-edited John Cage’s Notations a book of visual music scores for the Something Else Press. The book and exhibition with performances will occur at the Museum of Modern Art in Frankfurt, Germany (2005). Her Bean Garden (1971), consisted of a large amplified platform covered with beans that were sounded underfoot by visitors to Charlotte Moorman¹s Annual New York Festival of the Avant-Garde. In addition to many other radio broadcast performances, Knowles¹s interest in the effects of resonant sounds produced by beans and hard surfaces was explored extensively in a series of four radio programs hosted by the progressive German station West Deutscher Rundfunk, whose director, Klaus Schöning was a friend and supporter of Cage’s work and the work of artists associated with him. In 1982, Knowles was awarded the prestigious Karl Sczuka Award for best radio work from WDR for her sound work Bohnen Sequenzen [Bean Sequences]. The last of these radio plays was based on a series of prints by Knowles. This last radio play was produced in collaboration with Joshua Selman and titled Bread and Water (1994).

Prizes: In additon to numerous teaching engagement and minor awards, Knowles has been acknowledged for her profound contributions to contemporary artistic practice in the form of a Guggenhaim Grant (1967), NEA Grants (1981 and 1985), a collaborative New York State Council on the Arts Grant (1989), a Dokumenta Professorship at the Kunstakademie Kassel, Germany (1998), the College Art Association Lifetime Achievement Award (2003), and Annonymous was a Woman Grant (2003).