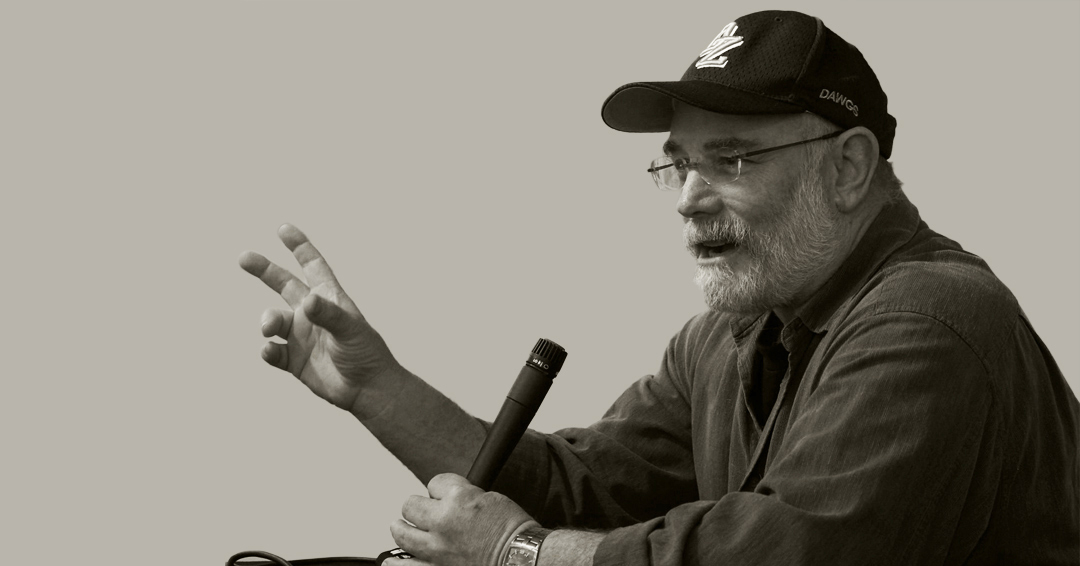 Russell Frehling was awarded the Reiner Prize for music composition from Brandeis University where he received his B.A. in 1974. Following a period of independent study with Pauline Oliveros and Morton Feldman he was invited to the Center for Contemporary Music at Mills College earning an M.F.A. in Electronic Music and Recording Media under Robert Ashley and David Behrman. On grants from several ecological organizations, Frehling spent two winters in Iki, Japan developing an underwater sound system designed to alleviate the conflict between dolphins and fishermen competing for the same resources.

Frehling’s own work continues to develop from his concern with the direct and real-time experience of sounds on their own terms, as unique physical entities occupying space as well as time. He has lately concentrated on large scale sound installations for a variety of architectural and natural settings.

Russell is the first ever Miami sound artist and the very best I know. His is a sound mind… a very sound mind for sure. Everywhere I wanted to be he was somehow involved. He mentored me on a few projects and i assisted him in others all through the 80s. With him I made my very first shrimp recordings right off his backyard into Biscayne Bay. In the early 90s there were more projects, including performances of his seminal work Mapping and a commission for a collaborative installation with Ward Shelley at CoCA as part of our InterMix Festival.

Then he sold his house and moved to New York. But not before offering to donate a bunch of audio equipment to Subtropics, you know, the stuff that didn’t quite fit in the truck. I told him we’ll receive it in order to start an equipment access program. And that’s how iSAW (interdisciplinary Sound Arts Workshop) got its start.

Although he claims to be retired from sound art in favor of coaching little league ( and before it, astronomy ), Russell continues to have an important presence in Miami through our organization. I am very happy he is coming this time to celebrate with us.

Russell Frehling is another of the many unsung art heroes that have constructed a Miami history that is yet to be acknowledged and appreciated… not by naming a street after Russell, for instance, but by helping create the conditions where experimental music and sound art, starting with his work, can be experienced, created, preserved and appreciated for years to come and in its purest and fullest Miami form.