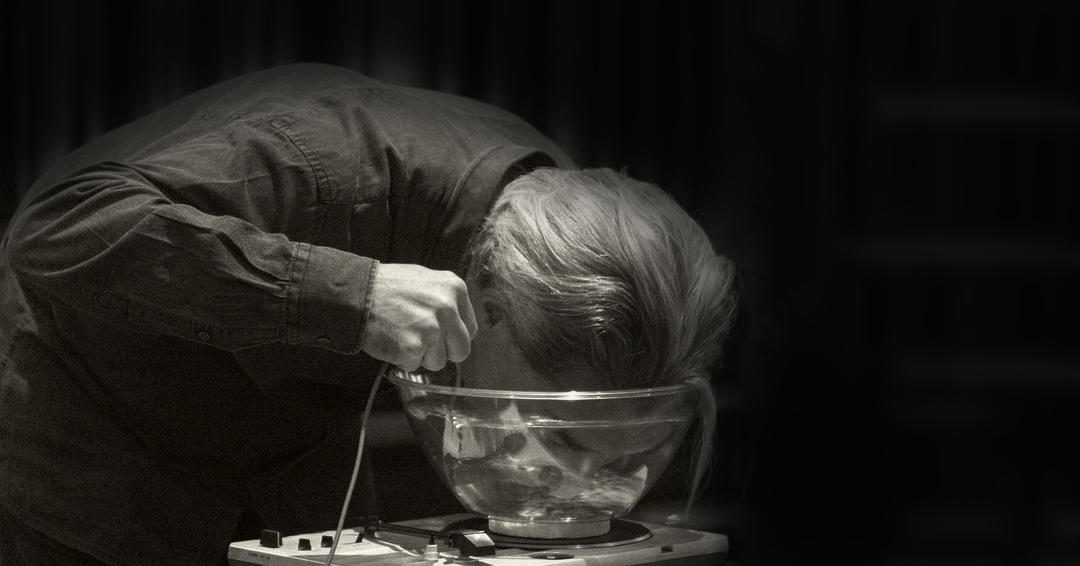 Lou Mallozzi is an interdisciplinary artist and educator in Chicago. His work is often centered on sound and its contexts, taking the form of performances, installations, interventions, fixed media works, and collaborations. Recent projects include the 2-channel headphone piece Lingualabial for Audiosphere: Sound Experimentation 1980-2020, at the Museo Nacional Centro de Arte Reina Sofía, Madrid (2020); and the 12-channel sound installation Close Quarters for The Chicago Sound Show at the Smart Museum of the University of Chicago (2019). In 2022, he will premiere the sound performance Larvatus prodeo with the Chicago Composers Orchestra; and he will conduct research into 1950s- 1970s Japanese sound art through a Japan Foundation / Ishibashi Foundation Research Fellowship. He is Associate Professor and Graduate Program Coordinator in the Sound Department of the School of the Art Institute of Chicago, where he has developed unique curricular approaches to sonic arts practice and theory.

“Usi scrutati (Scrutinized uses) is a collection of short, intimate sound performances that use simple materials and texts to create moments of subtle, mediated disruption. I often conclude performances of Usi scritati with the piece Advice: brief, ironic, yet sincere. I distinctly remember the Subtropics audience lending particular attention to these simple works, and having just the right feel of quotidian enigma.” — Lou Mallozzi

Lou Mallozzi is all of the above as well as the co-funding director of Experimental Sound Studio and a current member of our National Advisory Board. We met in NY after a concert at Merkin Hall of the Fishtank Ensemble. Our friendship grew over the years based on mutual admiration. He was responsible for facilitating many significant creative projects in Chicago, including a sound installation at the Lincoln Park Conservatory. We even collaborated on the installation Paces presented for the first time at The Knoxville Gallery in Tennessee. He also came to Miami to perform in the festival a couple of times. Watching him perform his Use Scrutati series at The Light Box in 2001 made me realize how much more he and I have creatively in common.

This time in his absence, Subtropics 25 will feature Lou Mallozzi’s short piece Advice from his collection Use Scruteti. We will be presenting it in the format of a short archival documentation video capturing his 2001 performance as part of Subtropics 12.