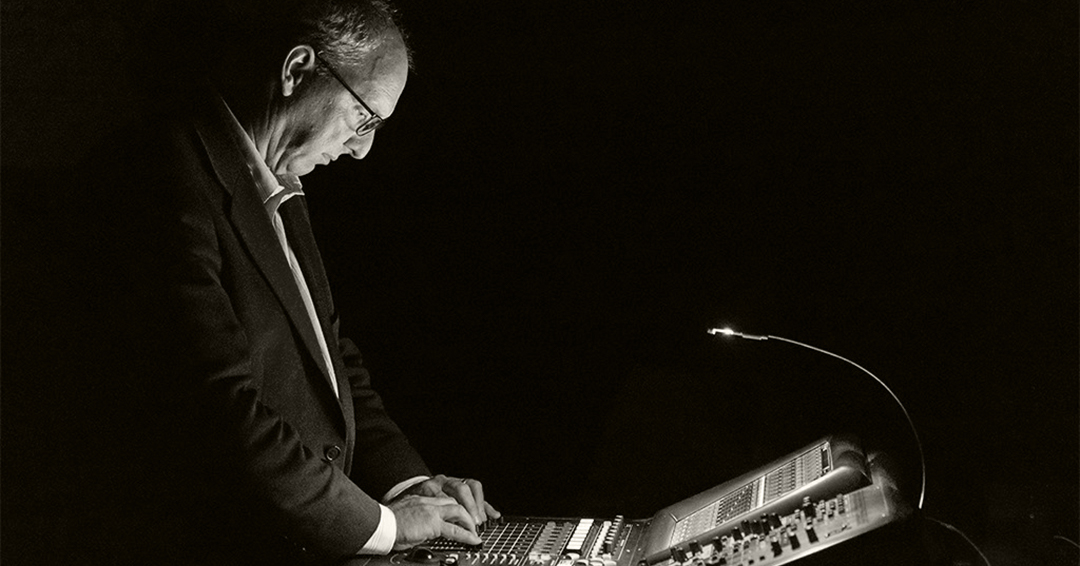 Jon Christopher Nelson (b. 1960) is currently a Professor of Composition at the University of North Texas where he is as an associate of CEMI (Center for Experimental Music and Intermedia). Nelson’s electroacoustic music compositions have been performed widely throughout the United States, Europe, Asia, and Latin America.

He has been honored with numerous awards including fellowships from the Guggenheim Foundation, the National Endowment for the Arts, and the Fulbright Commission. He is the recipient of Luigi Russolo (1995), Bourges Prizes (1996, 1997, 1999, 2002 and the Euphonies d’Or prize in 2004) and the International Computer Music Association’s Americas Regional Award (2012) and Music Award (2020).

In addition to his electro-acoustic works, Nelson has composed a variety of acoustic compositions that have been performed by ensembles such as the New World Symphony, the Memphis Symphony, the Brazos Valley Symphony Orchestra, ALEA III, and others. He has composed in residence at Sweden’s national Electronic Music Studios, the Visby International Composers Center and at IMEB in Bourges, France. His works can be heard on the Bourges, Russolo Pratella, Innova, CDCM, NEUMA, ICMC, and SEAMUS labels.

They Wash Their Ambassadors in Citrus and Fennel (1994) is based on a poem by Robert Gregory and is dedicated to Joan La Barbara, who commissioned the work. The composition’s incorporation of a variety of extended vocal techniques is inspired by La Barbara’s use of the voice. Its formal structure is greatly influenced by both the larger design and internal form of Gregory’s poem. This poem is of special interest to me because of its many internal cross-references. These recurring referential structures are similar to musical ideas that I have explored in recent works. The computer-generated tape was created in Sweden’s national Electronic Music Studios (EMS) where I was in residence as a Guggenheim Fellow in the fall of 1994. Much of the material on the tape is derived from Joan La Barbara’s voice. I am indebted to her for providing me with rich source material . I thank Robert Gregory for allowing me to set his poem. I am also grateful to the Guggenheim Foundation and EMS for providing me with the necessary resources to realize this composition.

They Wash Their Ambassadors in Citrus and Fennel
by Robert Gregory

you who reject the shadow
it’s nothing but noise in here sometimes:
shouts, alarms, singing
it can alter the depth of the shining they say
of the luminous membrane in which the mind is wrapped

la curandera she told me: go close to the only hot shadow
that’s how to cure a longing from a long time back
as long as human time can be, which suffers no diminishing
nor doubts which form to take and takes form as dust
to gather on the skin there where the two become one, like a
tree that bears large silent flowers

here where inside and outside are nearly the same
you can walk only at night; otherwise you’ll burn yourself,
you’ll let death into your skin
and at night there are voices to help you
the people who sit outside on balconies
on chairs saved from the trash
will talk about you in a language you don’t understand yet
telling stories about your famous journeys
and your secret sorrows; and everywhere
cats keep an eye on reality so that it will continue;
and in the torn interiors
of uninhabitable structures they gather to look at each other

how can this feeling be broken?
maybe no one really knows
they say it’s a road or just what it is, that’s all
or say: the broken heart, the burning child
the life that slowly tightens

For this edition of Subtropics, Jon C. Nelson will offer his new composition And Sometimes Wind From The South based on the poem by Bob Gregory. It is part of our Subtropics 25 tribute to Bob Gregory.