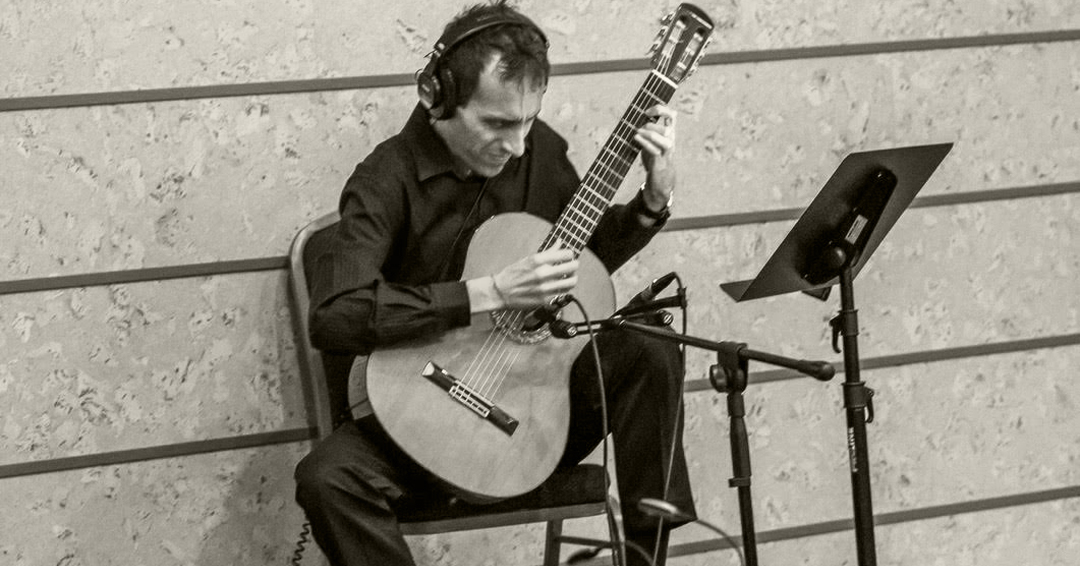 Federico Bonacossa is a composer and classical guitarist based in Miami, Florida. He studied classical guitar at the Conservatorio Statale G. P. da Palestrina in Italy prior to moving to the U.S.

His recent work explores various forms of interaction between live performers and the computer, the relationship between pitch and rhythm, and the transcription of spontaneous vocal gestures with the aid of the computer.

He is also company composer for Dance Now Miami! and a member of the Miami Guitar Trio. His piece Rivir for solo viola was recently selected to be included in the Society of Composers Inc. Journal of Scores and upcoming CD release.

Federico is a world-class guitarist… really! and his music is outstanding… really! And somehow, he remains hidden right here in Miami.

The phrase, ‘volio entrare per la finestra’ [ I will come in through the window ] immediately comes to mind, not because it has anything at all to do with him, but because it is the only Italian I learned to speak as a teen ager while in Venezuela ( or, little Venice ).

I always listen forward to hearing him play the guitar. What I love most about it is the sound. It sound so good. so god, so good, that anything he play turns into magic… magic for the ears. Just keep in mind how much tougher it is to sound refreshing on an instrument with so much history.

For this edition of Subtropics, Federico will premiere a couple of pieces for solo guitar he wrote during the lockdown.