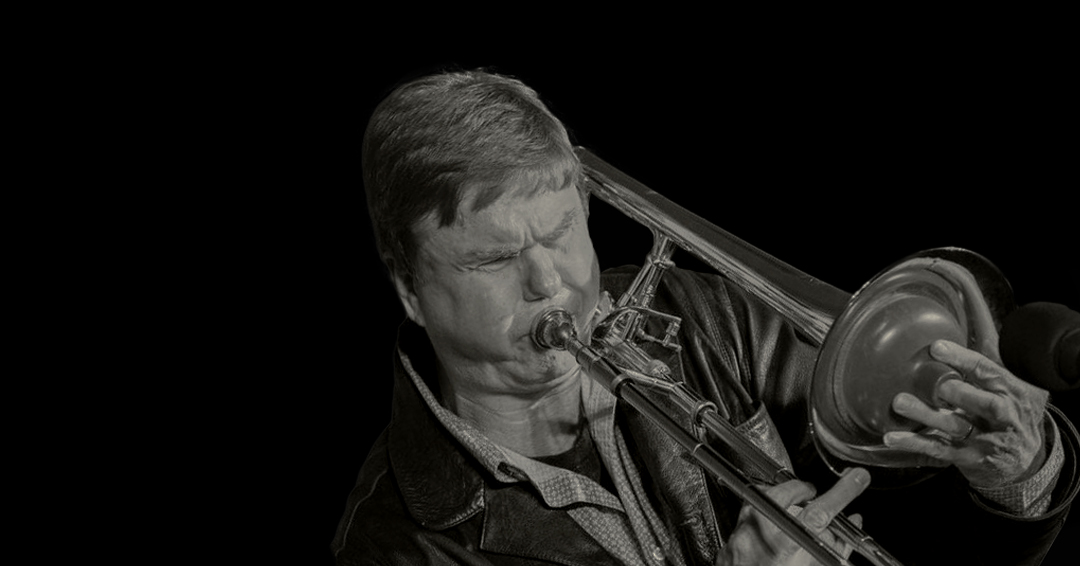 David Manson is a trombonist, composer, presenter and music technologist with a diverse range of experience in music. He has directed the nonprofit EMIT series for 25 years and his original music has aired on HBO, CW, ABC, Fox and AMC networks.

He has 10 recordings including Fluid Motion with Sam Rivers, SHIM, EMIT compilations of live performances and his Brazilian group O Som Do Jazz.

RE: DAVID is an interactive composition that I commissioned from Gustavo Matamoros and is included on my recording Beast (iso-42059). It engages a reverse gated compressor to release sound sources when triggered by the trombone. Each performance is unique as the interchange between the improvising trombonist and activated source material is influenced by the quality of the moment.