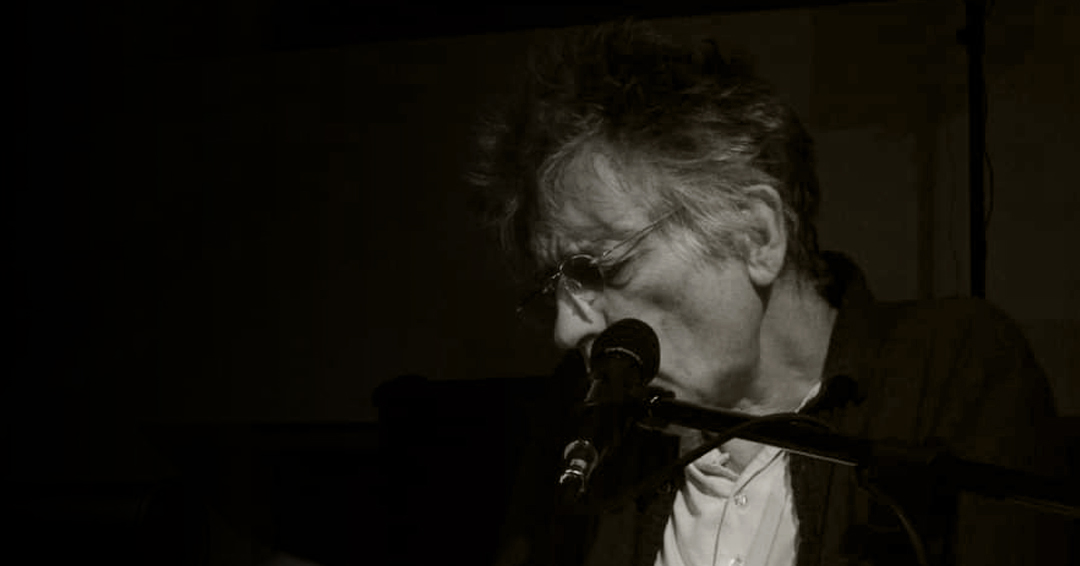 Chris Mann (b. 1949, Melbourne, Australia-d. 2018, New York City, NY) was a composer, poet and performer specializing in the emerging field of compositional linguistics, where he worked with technology and philosophy of speech. He taught in the Media Studies Graduate program at The New School. The Use is a web-based interactive interface that allows the user to create unique sound-text pieces from a collection of recordings delivered by Chris Mann.

Although his first festival appearance was Subtropics 16 in 2004, the very first performance we presented at Audiotheque 1.0 was in 2012 and was called Foreign Bodies by Chris Mann. That was his collaboration with Vincent Barras & Jacques Demierre from Switzerland. The work evolved from the performance of, “that process of transfer, of exchange, of translation between the work of sound poets Vincent Barras & Jacques Demierre and that of Australian-born Chris Mann, an amazing confrontation of different sonic organisms.”

After the show, the five of us (there were five of us) when out for a bite to eat. That was something Chris and I often did when I would visit him in NY. Lunch was typically always at his favorite Vietnamese restaurant. But not in Miami Beach where there was everything but.

I just recall having a conversation about language during our walk and asking him, “if sound language is insufficient, shouldn’t we be inventing new sound words?”, and with a sudden twist of his head toward me, he shouted, “Bad idea. Absolutely not!”

I am not sure what he was thinking then, but I believe he meant it as sound advice from a Subtropics Advisory Board member.

But there’s more, of course. Chris would quote me once in a while, not to me but to his son Oskar up in NY. He apparently liked to say, “as Gustavo always says, ‘Good is good'”. Meanwhile, here in Miami, i would once in a while cite him by saying, “like Chris says once in a while, ‘I really like 192 (kHz)'”. These being pretty much the same thing.

Our Subtropics 25 tribute to Chris will be in the form of an adaptation of Excerpts from The Use organized for four channels. First created by invitation of Chris Mann as a 16 channel installation for the Listening Gallery on Lincoln Road, it was later arranged for eight channels in 2017 for the exhibition Listen presented during Subtropics 24 in the 924 Project Space at ArtCenter South Florida (now Oolite Arts). Chris Mann was also a member of the Subtropics National Advisory Board, and if you watch his interview above, you will quickly understand why.