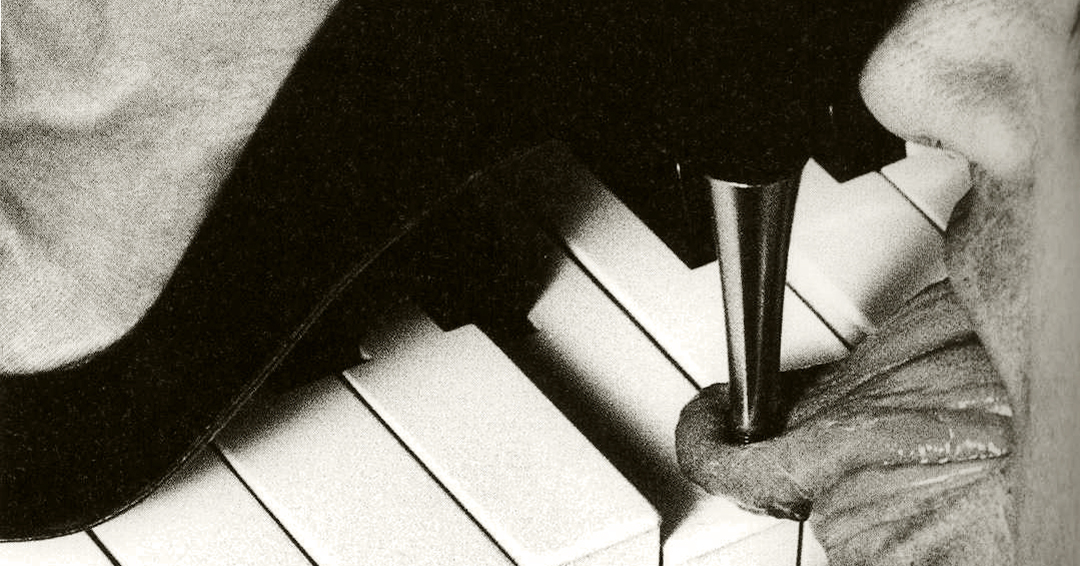 In 2020 we pay tribute to Carles Santos (Valencian; July 1, 1940 – December 4, 2017) a contemporary and close friend of Miami-based Antoni Miralda, he was [a hell of] a Spanish artist who began his career as a pianist and later worked in many other creative disciplines, including musical composition, filmmaking, screenwriting, acting, scenic musical shows, graphics, montage, sculpture, photography, poetry, and prose.

Carles performed for the first time in Miami during Subtropics 9 in 1998. Then, Tim Smith—classical music critic at the Fort Lauderdale Sun Sentinel—wrote:

“Perhaps the most provocative entry in this year’s Subtropics is Spanish pianist Carles Santos, an avowed follower of surrealism who plays Bach every morning and then works on wildly unpredictable music of his own. One recent creation, The Splendid Shame of the Deed Badly Done, a sort of opera about a flying violinist and a woman who keeps her husband in an aquarium, called for singers, dancers and acrobats.”

A quote from our long-time artistic director appeared in the same article: “He’ll be doing a solo piano concert for us,” Matamoros says. “But I’m sure it will still be very theatrical. Santos has a very interesting mind, although he may be a little too risqué for this town.”

detail from the chamber opera, Patetisme il-lustrat by Carles Santos

So we were in Barcelona for a few days before it was time to go to Valencia as a guest of the 2015 Punto de Encuentro Festival organized by AMEE. While in Barcelona we connected with Barbara Held—the flutist and composer who for years ran a series called Music at Metrónom. She and Carles Santos had been collaborators for many years. So we were delighted when she arranged for us to come to the final dress rehearsal of Carles’ new piece, Patetism il-lustrat at the Teatre Nacional de Catalunya.

Already thinking about Subtropics 25 even a year and a half before Subtropics 24 (2017), I asked Carles with some confidence, “Wouldn’t it be nice to bring this to Miami in celebration of our 25th Subtropics?” To what he responded, “Yes, It would. Let’s do it.” My confidence had basis on my existing relationship with ArtCenter South Florida and its then director, Maria Del Valle, who new Carles and his work very well herself and understood the importance of organizing such a project in Miami. But as luck would have it the cookie crumbled and neither Carles ( who passed away not too long after our Barcelona encounter ) nor Maria ( who resigned from her post at ArtCenter after Subtropics 24 in 2017 ) made it as far as 2020. And then there was the pandemic which came instead. So even the 25th festival didn’t happen when it was planned.

So we are paying tribute to Carles through documentary content in our Subtropics Archive because at Deering Estate, ghosts happen to be welcomed. And we like that. It is the spirit of the festival we feel we exist to promote. The moral of the story? “You can’t always get what you want” … can you? Just don’t nurture “sympathy for the Devil.”

We also tried hard to locate a film by Carles made in Mexico called Divertimento I know about from our dear Julio Roloff, the Cuban composer who saw it in the 80s in La Havana at one of the festivals of new music organized by Juan Blanco. The film features a performance based on a Mozart string quartet where the performers speak the note names without singing the appropriate pitch written in the score. The performers include Carles Santos (first violin), with Mexican composers Manuel Enríquez (second violin), Joaquin Gutiérrez Heras (viola), and Mario Lavista (violoncello).

If we find it, we’ll screen it.

Still from the film, Divertimento by Carles Santos

Subtropics 25 will pay tribute to Carles Santos by way of two of his famous vocalization pieces in the Subtropics Archive, To-ca-ti-co To-ca-tá (video) and Cant Energétic (audio). Curiously, when he and I were discussing the program possibilities for his debut performance in Miami during Subtropics 10 (1998), I suggested, “why not include some of those vocalization pieces.”  “I don’t think so.” He said. Then he added, “my voice is ruined from having sung them too many times.” Then, we settled on the piano.