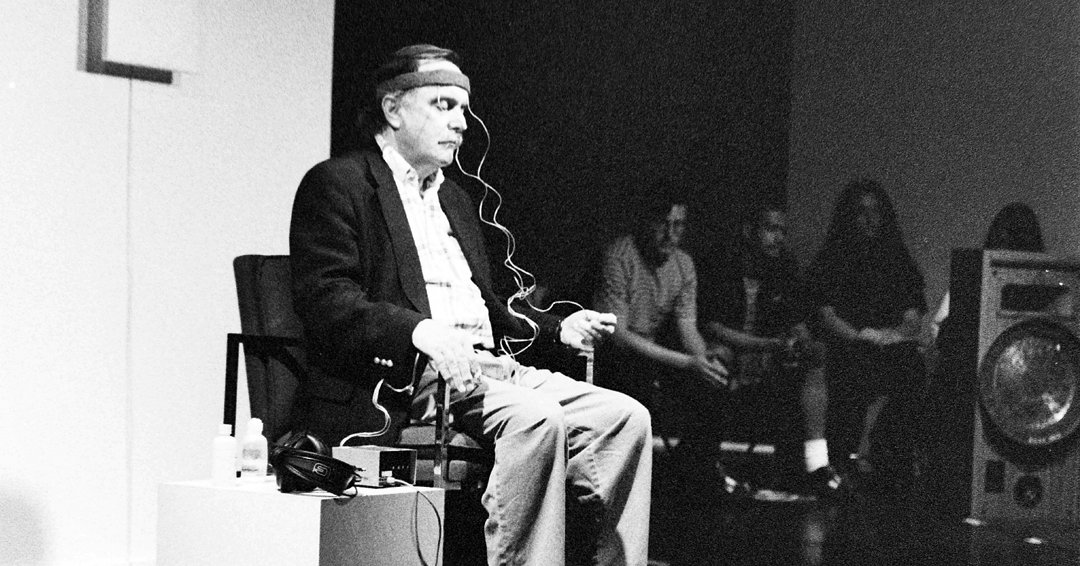 Alvin Lucier was born in 1931 in Nashua, New Hampshire. He was educated in Nashua public and parochial schools, the Portsmouth Abbey School, Yale, and Brandeis and spent two years in Rome on a Fulbright Scholarship.

Alvin Lucier (born May 14, 1931) is an American composer of experimental music and sound installations that explore acoustic phenomena and auditory perception. A long-time music professor at Wesleyan University, Lucier was a member of the influential Sonic Arts Union, which included Robert Ashley, David Behrman, and Gordon Mumma.

Much of his work is influenced by science and explores the physical properties of sound itself: resonance of spaces, phase interference between closely tuned pitches, and the transmission of sound through physical media.

Alvin Lucier was awarded the Lifetime Achievement Award by the Society for Electro-Acoustic Music in the United States and received an Honorary Doctorate of Arts from the University of Plymouth, England. In November 2011 Wesleyan University celebrated Alvin Lucier’s retirement with a three-day festival of his works.

His first visit to Miami was for a week-long residency during Subtropics 5 in the spring of 1993, when we staged a mini-retrospective of his works and took some pictures:

Alvin also created two pieces for the occasion, Serenade for Oboe and String Quartet, and Music for Piano and Half-Closed Lid—a sound installation exhibited at the Center for the Fine Arts; and joined our Subtropics’ National Advisory Board.

He is alive and well and living in Middletown, CT, but is unable to attend this time around.

Subtropics pays tribute to Alvin Lucier by staging a performance of his piece, Music for Baritone and Slow Sweep — first release on our Subtropics vol. 1: Breath compact disc published on Elegua Records. The work was created for our special guest, baritone Thomas Buckner who is performing the piece for us during this year’s Subtropics 25 Festival.