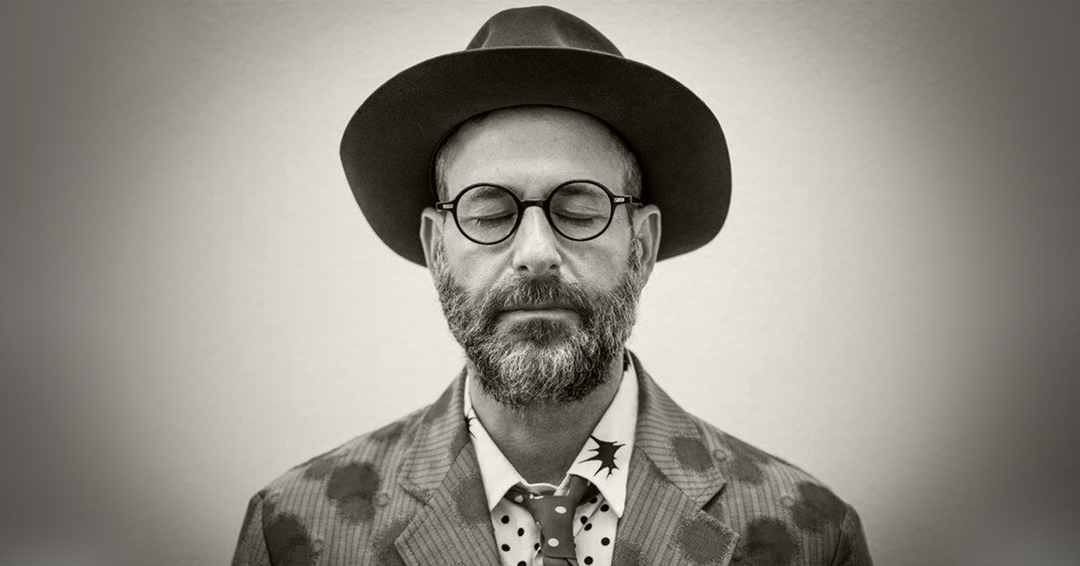 Kenneth Goldsmith is an American poet and critic. He is the founding editor of UbuWeb and is a senior editor of PennSound at the University of Pennsylvania, where he teaches. He hosted a weekly radio show at WFMU from 1995 until June 2010. He has published ten books of poetry, notably Fidget (2000), Soliloquy (2001), Day (2003) and his American trilogy, The Weather (2005), Traffic (2007), and Sports (2008). He is the author of a book of essays, Uncreative Writing: Managing Language in the Digital Age (2011).

In 2013, he was appointed the Museum of Modern Art’s first poet laureate. In October 2007, a documentary film of Goldsmith’s life and practice, Sucking on Words, by filmmaker Simon Morris screened at Shandy Hall in Coxwold, England, and in London. On May 11, 2011, Goldsmith was featured at President and Mrs. Obama’s celebration of American poetry at the White House.

In 1996, during the relatively early days of the web, Kenneth Goldsmith created UbuWeb to post hard-to-find works of concrete poetry. What started out as a site to share works from a relatively obscure literary movement grew into an essential archive of twentieth- and twenty-first-century avant-garde and experimental literature, film, and music. Visitors around the world now have access to both obscure and canonical works, from artists such as Kara Walker, Yoko Ono, Pauline Oliveros, Samuel Beckett, Marcel Duchamp, Cecil Taylor, Glenn Ligon, William Burroughs, and Jean-Luc Godard.

Kenneth Goldsmith will present a new 40 minute talk poem, modeled after David Antin’s groundbreaking genre. In this piece, Goldsmith will reflect upon an unfolding sequence of events that began with his participation in the 1993 Subtropics Word(s)ound festival. The talk will follow an arc, bridging two centuries, marking the transition from an analogue to a digital age. Along the way, Goldsmith will recount various figures of the avant-garde and how, what began in 1993, coalesced into UbuWeb.

In Duchamp Is My Lawyer: The Polemics, Pragmatics, and Poetics of UbuWeb, (his latest book on Columbia University Press coming out in June 2020), Goldsmith tells the history of UbuWeb, explaining the motivations behind its creation and how artistic works are archived, consumed, and distributed online. Based on his own experiences and interviews with a variety of experts, Goldsmith describes how the site navigates issues of copyright and the ways that UbuWeb challenges familiar configurations and histories of the avant-garde. The book also portrays the growth of other “shadow libraries” and includes a section on the artists whose works reflect the aims, aesthetics, and ethos of UbuWeb. Goldsmith concludes by contrasting UbuWeb’s commitment to the free-culture movement and giving access to a wide range of artistic works with today’s gatekeepers of algorithmic culture, such as Netflix, Amazon, and Spotify.

Please support Subtropics and its artists and community partners by purchasing your copy of Kenneth’s book from Books & Books, Miami’s favorite bookstore.

“Kenny is the father of UbuWeb (which turns 25 in 2021). Kenny and I met back in 1993 by way of Joan LaBarbara, the vocalist/composer from New Mexico known at the time for her remarkable release, Singing Through Cage, of the vocal music of John Cage. She had composed musical pieces for each of the 73 concrete poems by Kenny to be exhibited at the Centre Gallery of Miami Dade College in late fall of that year. Because the performance of her compositions was an important aspect of the exhibit, then gallery director Kate Rawlinson, approached us to help produce the concert. But it was in conversation with Kenny and Miami poet and my best friend at the time, Bob Gregory that the idea of curating a mini festival of sound poetry, language based performance and radio art came to mind.

The name was easy: Word(s)ound. The rest was a collaboration with Bob; producer Mary Luft of Tigertail, who contributed the participation of Desio Pignatari from Brazil; Kenny himself, who proposed the inclusion of fluxus sound poet Jackson MacLow; and the priceless Steve Malagodi from WLRN, who produced a radio show of the festival and suggested including Jane Cortez and the Fire Spitters at Stephen Talkhouse in Miami Beach. Word(s)ound also facilitated our first encounters with with Fluxus performance artist Alison Knowles; and radio artists Jackie Apple (now a recognized art critic in Los Angeles) and Gregory Whitehead, author of The Wireless Imagination. Three Miami poet/musicians where also included: Kiki Wainright, Jan Sebon and Adrian Castro.

We like Kenny very much primarily for his work and motivations. He is one of the many dedicated artists who fits well into our festival. He is committed to protecting what’s honest in his work without compromising it or straying away from the path that inevitably leads to useful discovery.

Since Word(s)ound, Kenny began Ubuweb and became the first poet laureate at MoMA. I saw him once on TV as a guest on The Cobert Report. He was also honored by the White House in the 2011 celebration of American Poetry alongside Alison Knowles and others.”