Alison Knowles (born 1933) is an American visual artist known for her installations, performances, soundworks, and publications. Knowles was a founding member of the Fluxus movement, the experimental avant-garde group formally founded in 1962.

Criteria that have come to distinguish her work as an artist are the arena of performance, the indeterminacy of her event scores resulting in the de-authorization of the work, and the element of tactile participation. She graduated from Pratt Institute in New York with an honors degree in fine art. In May 2015, she was awarded an honorary doctorate degree by Pratt.

In the 1960s, she was an active participant in New York City’s downtown art scene, collaborating with influential artists such as John Cage and Marcel Duchamp. During this time she began producing event scores, or performances that rework the everyday into art. Knowles’s inclusion of visual, aural, and tactile elements in her performances sets her art apart from the work of other Fluxus artists. 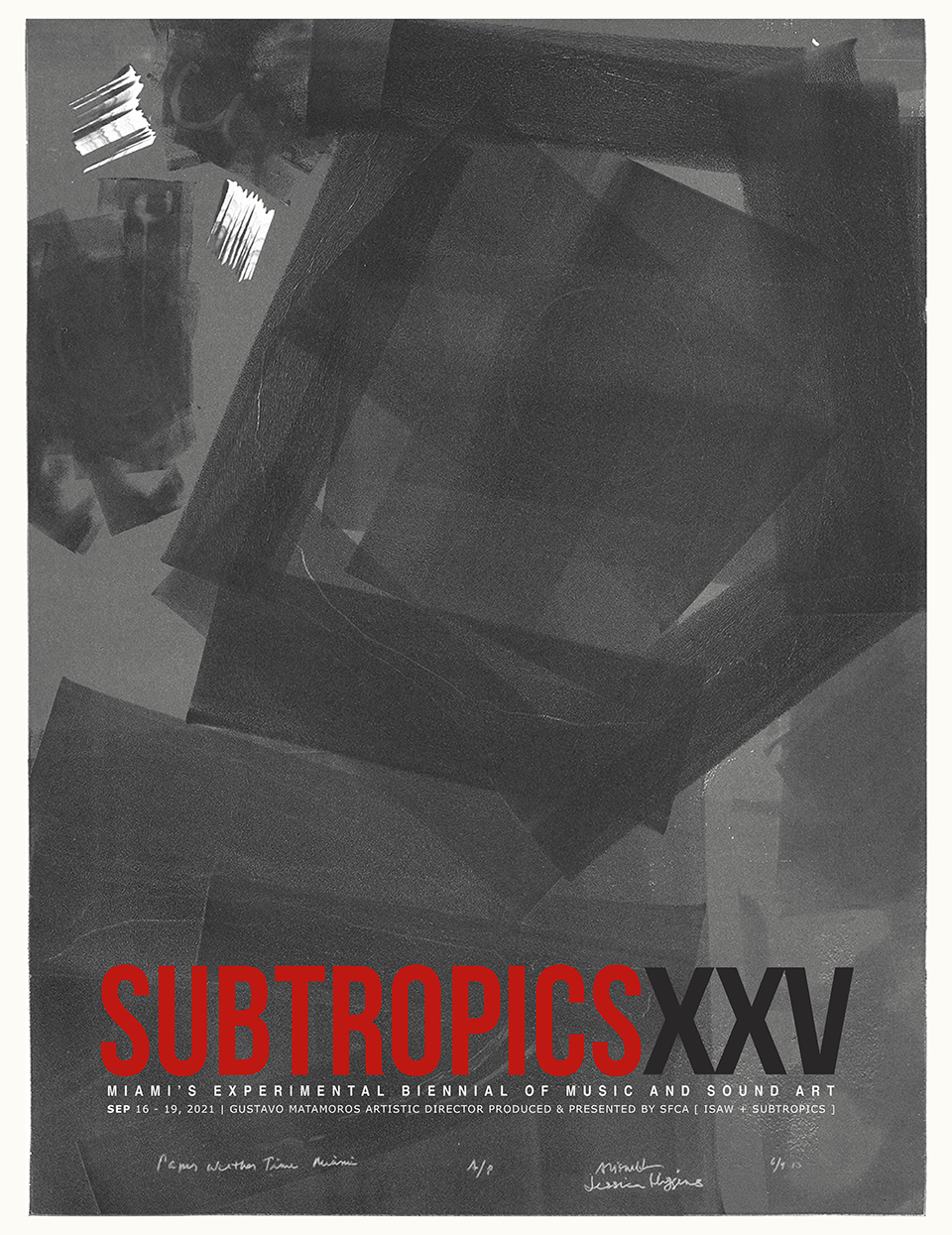 The Subtropics 25 image above was created by Alison Knowles in collaboration with her daughter, Jessica Higgins during a Subtropics Residency at Audiotheque.

Artcenter/South Florida (now Oolite) sponsored the cost of producing the prints and provided access to the printshop which at the time was operating under the direction of artist, printmaker, writer, teacher and director of Turn-Based Press, Kathleen Hudspeth. She helped organized a paper making workshop with Lisa Haque for a group 16 in number and assisted and guided Alison and Jessica through the entire printmaking process of making the Miami Paper Weather Prints created for Subtropics 25