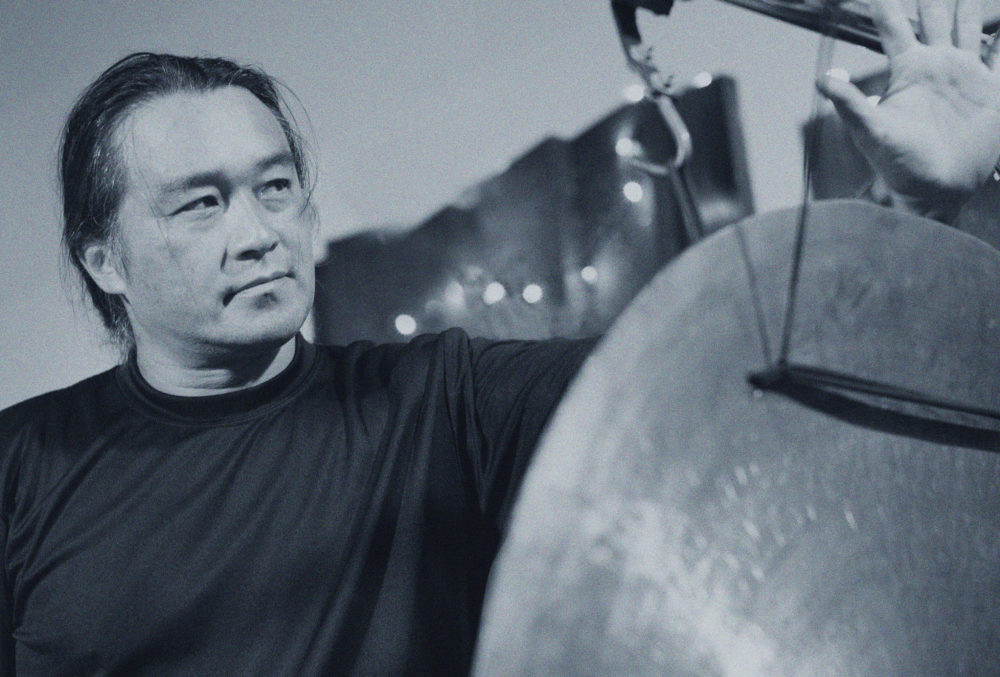 Admission:
Your $10 donations at the door will benefit the
Nakatani-Brieske-Mofsky Trio

Tatsuya Nakatani and Russell Mofsky met in Boston in the mid 1990s when they were both exploring the city’s jazz and improvised music scene. In 2014 they reconnected in Miami and played a series of performances during Basel week. These shows also included Miami visual/sound artist, David Brieske. The trio had chemistry and resolved to play again. Nakatani, Brieske, Mofsky will play an early show at Audiotheque on Sunday, November 19th at 7pm.

Bios:
Tatsuya Nakatani is a Japanese avant garde percussionist and acoustic sound artist. Based in the United States, he has released over 80 recordings in the last two decades and tours extensively. Nakatani has developed his own unique instrumentation, creating new sounds and extended techniques. Utilizing gongs, drums, cymbals, singing bowls, his breath, wooden sticks, metal objects, and the idiosyncratic bows and mallets he handcrafts in his workshop; he sculpts an intense, intuitively primitive, expressive sound form that defies genre. His work engages improvised-experimental music and movement, while still retaining the traditional sense of space, depth and deep time found in Japanese art.

David Brieske is a local painter and collage artist who has for the last five plus years operated as Fsik Huvnx. His is an ambient/experimental project that has involved the improvisational use of digital applications with the organic ruminations of found objects and tweaked instrumentation.

Guitarist, Russell Mofsky, is a Miami native who grew up with skateboarding and punk rock and was a founder of the band, Quit. Since the late 1980s he has traveled many musical paths. Mofsky currently leads the band, Gold Dust Lounge. His work outside the group is heavily influenced by ambient and electronic music and the sounds of nature.

SFCA [isaw+subtropics.org] is the leading proponent of experimental music and sound art in the Southeast, and the nourishing platform for projects like Audiotheque, Subtropics Biennial and yearly Marathon, Frozen Music Ensemble, iSAW’s Experimental Sound Archive, and many more projects designed to investigate, produce, promote, discuss and present the best, newest, most on-topic new music and sound art experiences in South Florida.

SFCA [isaw+subtropics.org] would also like to acknowledge the ongoing support of Sennheiser, leaders in superior sound technology.

Special thanks to our partner organization ArtCenter/South Florida