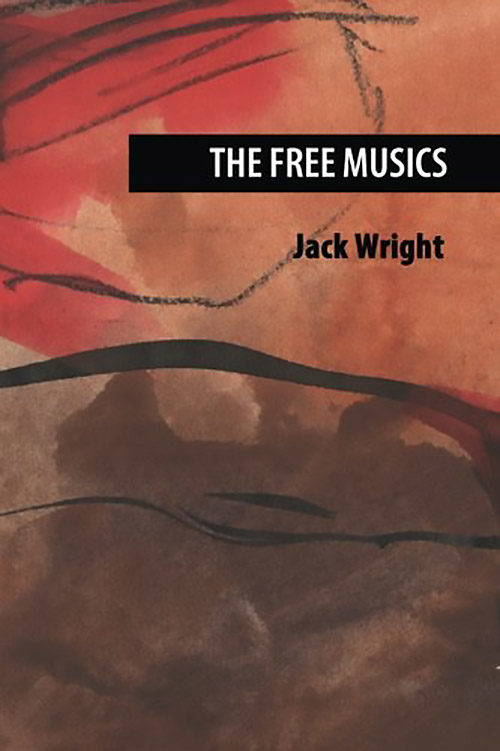 Jack Wright will discuss his performance from the night before in the light of his recently published book, The Free Musics, among other things, elucidating what it is like to be in the midst of the actual experience of improvising, which can be both terrifying and exhilarating. Wright, considered one of the old guard of free improvisation from the 80s, is still touring regularly at 74 and has experiences improvising with countless different musicians, justifyingly referred to as “the Johnny Appleseed of Free Improvisation.”

“The Free Musics goes into previously unexplored territory in the study of music—the social reality of musicians categorized as avant-garde, viewing all such musicians as distinct social groups. They are motivated specific to musicology and social/economic realities, which have changed from the postwar period to the present. In terms of status and livelihood support—paying gigs—there is normally a hierarchy: some are representative figures, some are ranked beneath them, and others are unranked and invisible to the media and public.”

“The first part deals with free jazz from its originary period in New York when it was a sixties movement, to today’s established form. The study follows the shifting relation of these musicians to the music world of media and institutions and to classic jazz, and the effect these have on what music gets performed and recorded and what is suppressed. Secondly, the book focuses on free improvisation in North America, which is traced from its beginnings in the mid-1970s to today, including its strong links to free jazz and experimental music. The title is often used indiscriminately, but for those who use that title to define their music it refers to a distinct approach, here given the name of free playing.”

“Following some of the British originators of free improvisation, it has often been called “non-idiomatic,” which is here critiqued. Socially it has been the practice of a small number of musicians who form a network rather than a hierarchy. For them no defining code is to be learned or imported, and so anyone can potentially benefit from playing with anyone else. Ad hoc groupings are balanced by choices based on individual musical interest and friendship. Instead of aiming to meet performance, music world, and career needs, their playing and relationships directly serve their artistic interest.”

“Free playing puts the artists ahead of the results of their activity and in charge of their collectivity. Lacking a hierarchy, the names of its players are culturally insignificant. Given this configuration, the network, the approach, and the recorded results of playing are unknown outside a very small number of attentive listeners. The author is a saxophonist, exclusively playing free improvisation since the late 70s and continuously organizing, touring, and expanding his musical horizon. For more information see springgardenmusic.com”