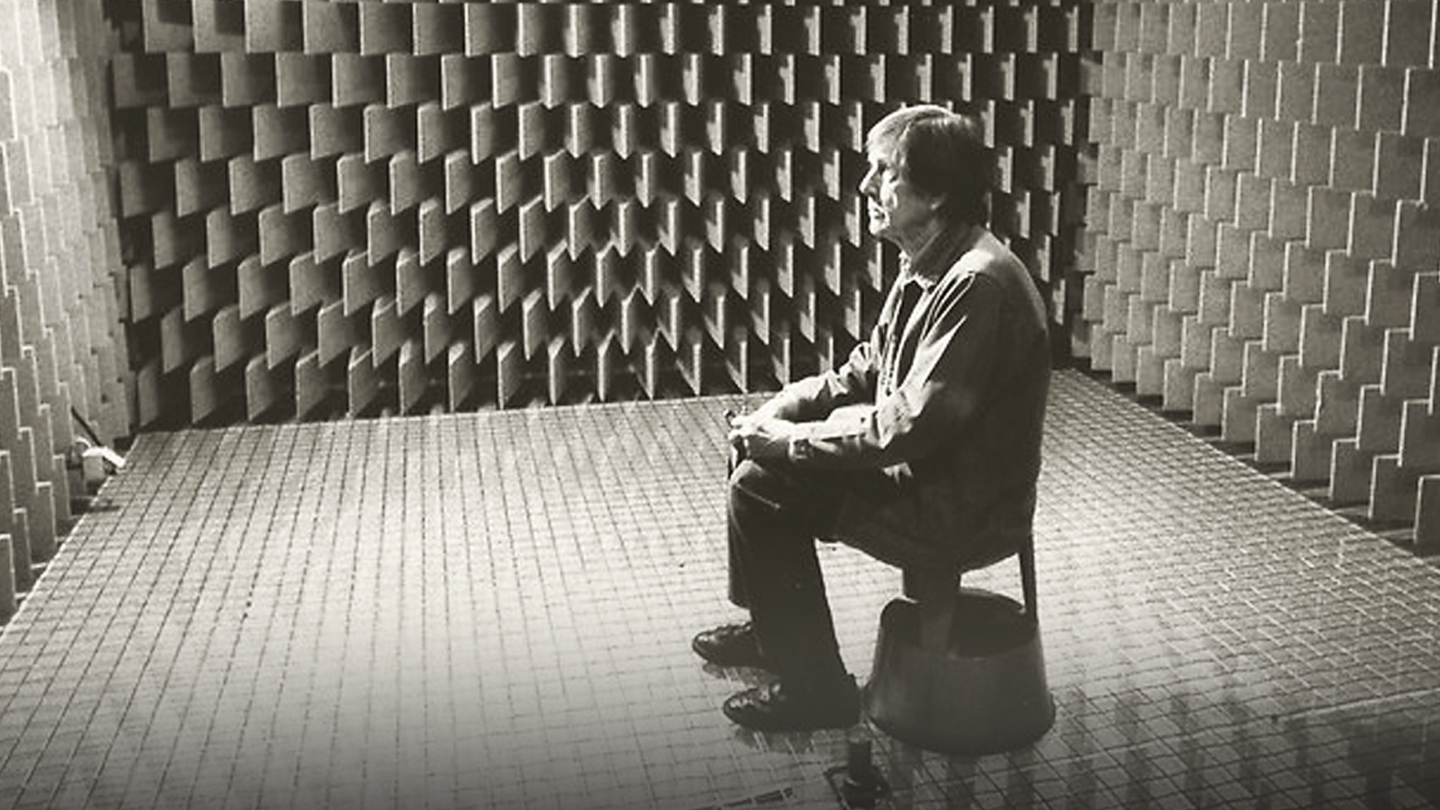 An introductory talk will explore how sound reaches the imagination and how sound reaches the ear, looking at examples from various mediums and historical periods. Participants will realize and discuss works in an exhibit of scores, images, and texts for the sonic imagination. We’ll then play pieces that explore relationships between sound and the ear through consideration of proximity, placement, multiplicity, motion, and interference, among other factors. The concluding discussion will focus on possible ways of modeling these relationships and pursuing them in creative work.

The workshop is free

Jennie Gottschalk (born 1978 in Stanford, CA) is a composer based in Boston. She holds a bachelor’s degree in composition from The Boston Conservatory (2001), and a master’s degree and doctorate from Northwestern University (2008). Teachers have included Larry Bell, Yakov Gubanov, Jay Alan Yim, Augusta Read Thomas, and Aaron Cassidy. Recent performances in Los Angeles (Dog Star Orchestra) and Chicago (Northwestern University Symphony Orchestra and Contemporary Music Ensemble). Her dissertation and current work explore connections between American pragmatist thought and experimental music. Current projects include a string quartet, a children’s book, an experimental music blog (soundexpanse.com), and a residency at the Conway School of Landscape Design.

About her book: Experimental Music Since 1970

What is experimental music today? This book offers an up to date survey of this field for anyone with an interest, from seasoned practitioners to curious readers. This book takes the stance that experimental music is not a limited historical event, but is a proliferation of approaches to sound that reveals much about present-day experience. An experimental work is not identifiable by its sound alone, but by the nature of the questions it poses and its openness to the sounding event.

If you’ll be in Miami this July, you have a series of opportunities to engage with one-time, unrepeatable sound works that are custom fit to the performance space—usually the Audiotheque at the ArtCenter/South Florida. Some of these works have names and have been performed before. But in every case, they will be reformulated or significantly impacted by the immediate situation of the performance.

Dissolution (2015–16) is a piece by Olivia Block that she rearranges for each new performance situation and mixes live. “I think a lot about the tradition of cinema,” she explains, “and focus on creating a cinematic experience. So it’s about having the audience sit in a very dark room facing what would be a screen, but there’s nothing on the screen. And then there are multiple speakers all around, and so it’s a very immersive experience in the dark.”[1]

Barbara Held’s Pausa (2017–) is similarly immersive. It is a sort of sonic sculpture that she controls with her flute. “Every time I play something new, it freezes the sound and shimmering high partials are awakened. And then when you change something, then it feels like the room has changed.” Her own experience of it is quite visceral and compelling: “It feels like if you breathe in, you’re breathing the sound back into the microphone.”

Richard Garet has been developing Sonic Construction for 4 channels: The Other Side (2017) in recent months as he had the Audiotheque in mind, and will tune it to the speakers and the room. He calls it a “listening piece,” as distinguished from more physical pieces or installations. It is “more directed to the ear than to the body.” He is focused on the “nuances and subtleties of sound, and how things will integrate with the environment as people listen to the work.” Garet will also do a 20-minute piece on the last day of the festival. His live performances are open to intervention and environment. As he describes it, “I start from something simple, and then it goes from there. The process activates what I’m doing, and then it modifies an idea, and then a different idea might as well change the process as well.” He describes himself as an observer of that process.

John Driscoll works extensively with electronics, but he primarily uses them as “a way to tickle the space.” He is fascinated with the dynamic that is possible between “architectural acoustics and microscopic acoustics.” In Speaking in Tongues (2011–), he has made very small instruments that use ultrasonic feedback. The smallest motions, even a quarter of an inch, make a vast difference in the sounds produced. All of his projects, including the three he will perform at Subtropics, depend almost entirely on the space and are unrepeatable.

All of these sound works will play the Audiotheque in a different way, finding resonances and patterns and motions through that intimate space. But there are other surprising and wonderful resonances between the works as well, including the use of old media. Barbara Held will be playing Carles Santos’s Flauta Sola (1977) against a backdrop of an expired, grainy black and white film. Richard Garet’s earliest sound work was with cassettes, and he has circled back to working with cassettes and magnetic tape. “I’ve found a richness in combining the past and the present, and creating a space.” Imagining two walls, old media and new media, he says, “the more I expand within these parameters, the bigger the spectrum gets, and the more interesting and rich it becomes.” Block’s Dissolution includes found recordings from old microcassettes (bought as used blank tapes on eBay) and shortwave radio transmissions. The epiphonographic sounds that identify a cassette or a record or a radio transmission or a phone call are valuable information and material in her practice, rather than noise to be minimized or tuned out.

In some cases, those sounds even take over, making the words and phrases that people are speaking unintelligible. Block compounds that unintelligibility by layering texts on top of each other and sometimes playing up the distortion. Driscoll’s Listening Out Loud: American version for 2016 uses a found text as source material, pairing it with a duet for two bowed saws and electronics. In Yasunao Tone’s Trio for Flute Player (1988), Barbara Held will read an 8th century Japanese poem into the mouthpiece of the flute while translating the patterns of the calligraphy into finger placements on the instrument. (Two parts of the “trio” are performed by Held: the voice and the fingers, and the third is electronics.)

Several of these projects bring one space into another space. In Block’s and Held’s pieces, the material from one performance gets wrapped into the next. Driscoll’s Ebers & Mole (1979) includes feedback from an empty swimming pool in Buffalo, recorded decades ago. Garet’s interest is not in bringing one space to another, but rather in drawing background noise into the foreground.

Another significant thread that draws these artists together is an ongoing visual practice. Barbara Held’s Pausa includes a projection of a video painting by her collaborator, Benton C. Bainbridge. She will also perform Alvin Lucier’s Self-Portrait for Flute and Wind Anemometer (1990), which calls for an interplay of light, breath, and fan blades that project onto her face. Richard Garet has an active multimedia practice that also includes photography, video, and installation. Driscoll relates his work to puppetry, and says, “What the audience sees is completely different from what is going on behind the scenes…. I almost always manipulate the material so that the audience sees or hears something else.”[2]

There are other currents of activity in the festival, too. Jack Wright’s and Abbey Rader’s improvisations are sure to be as vivid and exciting as they are impossible to predict. Jack Wright will also present his fascinating new book about free jazz and free improvisation, called The Free Musics (2017).

Christoph Cox and I will do a panel discussion about the fields of sound art and experimental music. His background is in philosophy and mine is in composition, but we have both done a great deal of listening, thinking, and writing in these overlapping territories. I doubt that we’ll fully disentangle them, and that makes me even more curious to know where the conversation will lead. In another session, Cox will speak about a number of sound art practices as they relate to philosophical issues. He has two relevant books forthcoming. A revised and expanded edition of Audio Culture: Readings in Modern Music (2004) will be released a few days after these events, and another book, Sonic Flux: Sound, Art, and Metaphysics is set to be published in 2018.

In the opening days of the festival, I’ll run a two-day workshop centered on one section of my book, Experimental Music since 1970 (2016), called “The Position of the Listener.” It’s all about the variety of ways that sound can travel to the ear, and even to the mind’s ear. It will anticipate much of the work that is being performed at the festival, and offer a hands-on, creative approach that is more dependent on open-mindedness than musical training. An exhibit of scores for the imagination will complement this workshop, and will be on display at the ArtCenter for the duration of the festival.

Each of the musicians in the festival meets the performance situation in a very open way, and each practice is quite distinct from the others. In attending any or all of these events, you can do the same thing, and further develop your listening practice. Subtropics is a point of convergence of sound and space, old and new technologies, and you: your thoughts, your reactions, your body—including your ears.

[1] All quotes but one in this article are drawn from interviews I conducted with the artists between April and May, 2017.