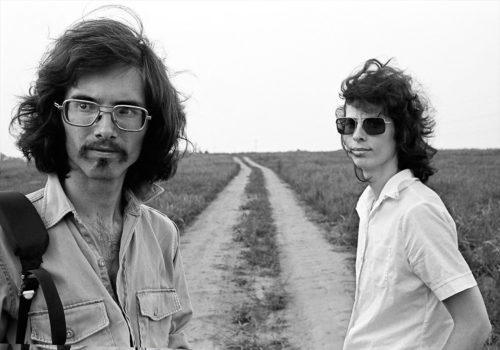 The Birmingham based LaDonna Smith and Davey Williams are no strangers to South Florida. They have been guests—together and individually—of the Subtropics Festival multiple times since the 90s.

LaDonna Smith (born 1951) is an American avant garde musician from Alabama (U.S.). She is a violinist, violist, and pianist. Since 1974 she has been performing free improvisational music with musicians such as Davey Williams, Gunther Christmann, Anne Lebaron, Derek Bailey, Eugene Chadbourne, Misha Feigin, Michael Evans, David Sait, Jack Wright, John Russell, Sergey Letov, Toshi Makihara, Andrew Dewar and many other of the world’s major improvisers. As a performer, she has toured the USA, Canada, Europe, including Russia and Siberia, China and Japan. Her music is documented on dozens of CD and LP recordings, including the obscure Say Daybew Records – of Fred Lane & the Debonaires. An active organizer, she produced numerous concerts in Alabama and the Southeast, including the Birmingham Improv Festival. She is an educator and serves on the Board of Directors of I.S.I.M., the International Society of Improvised Music.

In 1976, LaDonna Smith co-founded TransMuseq Records, in collaboration with Davey Williams. In 1980, the improvisor magazine began as an extension of I.N., the Improvisor’s Network, a grass-roots organization that attempted to connect improvising musicians across the USA, founded at that time in New York City. LaDonna is currently editor-in-chief and publisher of the improvisor (the international journal of free improvisation), which now exists on the web at “www.the-improvisor.com”

Davey Williams began on guitar at age 12. He played in rock bands in high school, and studied with blues musician Johnny Shines from the late 1960s until 1971. Early in the 1970s Williams played in the University of Alabama B Jazz Ensemble and the Salt & Pepper Soul Band. He also started working with LaDonna Smith around this time, and founded a musical ensemble/recording project called Transmuseq. He toured the U.S. and Europe in 1978. Early in the 1980s he worked in a blues band called Trains in Trouble, then joined Curlew in 1986, who released several albums on Cuneiform Records through the 1990s.

In the 1980s he also worked with Col. Bruce Hampton and OK, Nurse, and in the early 1990s played in a punk rock band called Fuzzy Sons. Concomitantly with Fuzzy Sons, Williams played in an improvisational three-piece called Say What?, and worked with Jim Staley and Ikue Mori. Williams has appeared live at some 1,500 concerts worldwide.

Williams co-founded The Improviser, a journal of experimental music, in 1981. He has also worked as a music critic for the Birmingham News and published freelance criticism elsewhere.

Their week-long residency at Audiotheque will feature a Listening Club episode about a slippery sound called, Portamento; a highlight Duo Concert performance; and a concert with South Florida musicians product of a musician’s workshop organized in partnership with ArtCenter/South Florida. 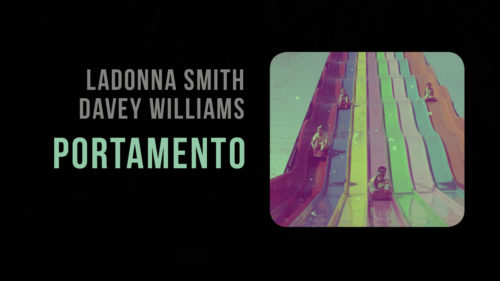 The program will consist of the widest range of examples of portamenti which we can assemble.  This will include musical instruments and voices of an immense variety from across the globe, all connected by the sliding sound.  This will expand in the course of the program to include pretty much the whole sonic spectrum: animals, sounds in nature, extra-planetary phenomena (electromagnetic waves, etc.), terrestrial phenomena (the Doppler Effect, for example), etc.  These musicosonic examples will be interspersed with narrative/discussion.  This aspect (‘the talking’) should, like the sonic examples, be quite wide-ranging, encompassing aspects of context, physics, physiological effects, ‘pataphysics’, employment opportunities in portamento, etc. 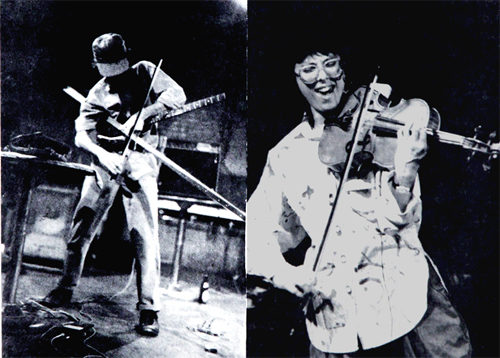 LaDonna Smith and Davey Williams will be playing a duo concert with LaDonna on violin, viola and vocalisms, and D.W. on electric guitar.  Central to their modus operandus so to speak is free improvisation, using what they know to discover what they don’t know, and hopefully never thought of before, with the aim of ‘instant composing’ a cohesive musico-sonic program.  This cohesion can be based in aural interactions of the instruments on the one hand, and may also appear as “by-products” of less obvious connections occurring between the players, the environment, and unpredicted influences outside the ‘physical’ (audible) realms of musical interaction.  Or, most ideally, some other type of interactions of a truly unpredictable nature.  Making the unknown apparent, letting the known appear to be unknowable.

Similar to workshops we have conducted in the past (most recently in Jyderup, Denmark), we would assemble a group for a series of conducted improvising sessions over a period of days, with the aim to evolve into an actual ‘instant composing’  ensemble.  The musicians to participate would be invited from within the new music community/communities in the Miami area, in conjunction with Subtropics.  These sessions will not focus on a given repertoire but on rehearsing group listening, articulated interactions, orchestration awareness, language integration/transformation, etc., working with component aspects of free improvising to cultivate a singularity of awareness and actions.  In effect we have an ensemble rehearsing everything but what we are going to play. 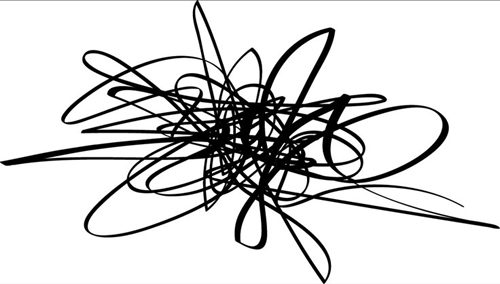 This concert features the resulting interactions between our guest resident artists and Miami based musicians.

This Residency with L.Smith and D.Williams is possible in part with in-kind support from ArtCenter South Florida

Most of these programs can be heard LIVE anywhere in the world on spectacular.media with host Stephen Malagodi

THE LISTENING CLUB
The Listening Club is a series of curated listening sessions produced by SFCA [isaw+subtropics]. It makes use of Audiotheque state-of-the-arts sound system to exposes general audiences to listening experiences that aim to foster a deeper understanding and enjoyment of sound.

AUDIOTHEQUE
924 Lincoln Road, 2nd Floor, Miami Beach
Located at ArtCenter/South Florida and described by visitors as “the best sounding, most intimate space for new music in Miami”, Audiotheque is both, a production studio for development of new work in music and sound art as well as a host space for lectures, workshops, residencies and intimate performances by innovative artists.  It is an intimate 40+ seat space featuring state-of-the-art equipment that supports some of the most adventurous, unfiltered, high-quality sound experiences available anywhere. All Audiotheque activities are documented and most public events stream live to audiences worldwide

HOW TO FIND US

do unto us as you would have us do unto you

SFCA [isaw+subtropics.org] is the leading proponent of experimental music and sound art in the Southeast

subtropics.org would like to acknowledge the ongoing support of Sennheiser, leaders in superior sound technology