Bruce Posner in residence at Audiotheque sponsored by iSAW

I spent my residency working on the review of computer files for two film projects: Moana With Sound and Masterworks of the American Avant-garde Experimental Film 1920-1970. Both are digital film restoration projects that I am completing online, hence the need of a high-quality computer such as offered by the subtropics residency. Each project involved the download of Quicktime movie files and Youtube files. Then the detailed anaylsis of the files for picture quality, audio fidelity and general quality control matters. These reviews were essential for a good result and to maintain the high artistic value of the restored films and soundtracks.

Moana With Sound is a feature-length documentary film made in Samoa in 1924-25 by Robert and Frances Hubbard Flaherty. Although this is a silent film, the version I have restored was re-made with actual sounds recorded by the filmmakers’ daughter Monica Flaherty 50 years later in 1975 on the exact same locations. The result is an exquisite aural sound-scape that is in dead-synchronization with the original silent film images.

Masterworks of the American Avant-garde Experimental Film 1920-1970 is a 30-film compilation scheduled for 2-disc Blu-ray release by Flicker Alley later this year. It will contain all new 1080 HD transfers of 30 artist’s film made between 1920 and 1970. One of the highlights, and the film I focused on during the residency, was Le Ballet Mécanique by Fernand Léger and Dudley Murphy with the original music composed by George Antheil in 1925. I have been working on this film since 2000 in collaboration with Paul Lehrman and have released different versions in film and video for use in live concerts performed by many percussion ensembles and full orchestras around the world. This is one of the landmark pieces of film and music from the 20th century and a must see if you have yet to experience it. 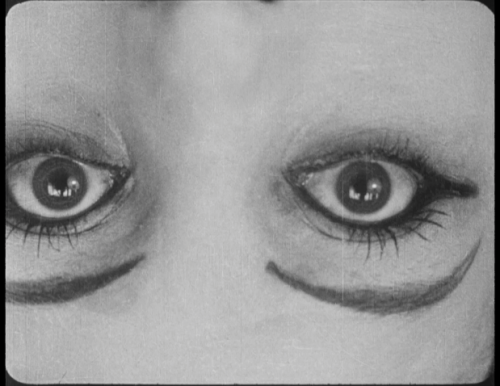 The residency was quite intensive and involved many days between May and August 2014. Much was accomplished including a private preview screening of Moana With Sound held at the Coral Gables Art Cinema to review a first-draft theatrical DCP file of the nearly finished restoration, and all of my computer files for those films and other film restoration projects were backed up and archived at subtropics.