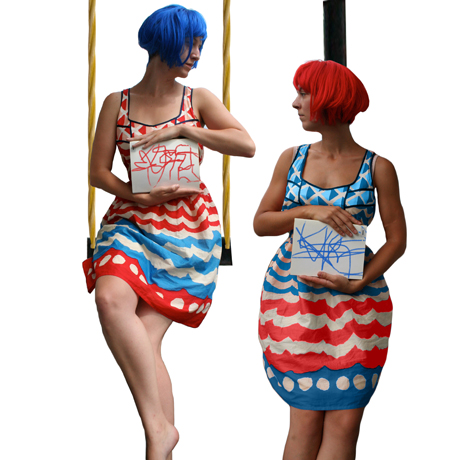 presented by F.E.T.A in collaboration with SFCA

On Structure will perform their new program including the piece Twistisch: “A formal narrative of childish rituals gets pulled apart and reassembled rendering confused emotional states, rhythmic schizophrenia, and near tantrums while a specially designed ‘magical table top’ illuminates and augments the minutia of a glitchy and sometimes dangerous game.”

On Structure is a sound-centric performance duo featuring Jessie Marino and Natacha Diels. The New York based ensemble uses improvised and composed Sounds {and the fluctuation of these sounds} to brew Transferable art pieces which may Ravage the realms of the performer, audience or space itself.

Uncovering the hidden motions of sound, freeing Compositions from the fluorescence of the concert expectation. Topsy-turvy. Use of lasers, wigs, electronics, cellos and flutes; Repurposing life experiences for music glitches and muscle twitches. Eclipse boundaries of the stage.