for more information visit: 12 nights — R WE WHO R WE 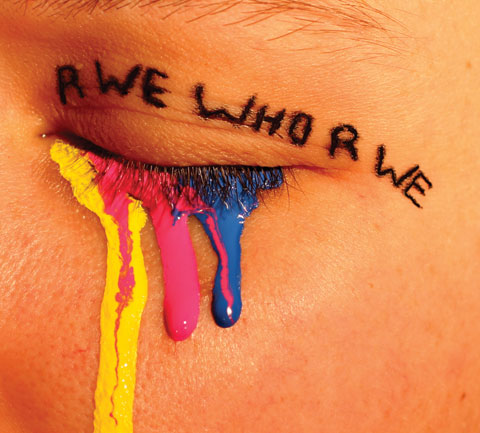 R WE WHO R WE mixes the free theft/collage style of Girl Talk with the raw noise of Merzbow. Philip White’s mixer feedback, controlled through a homemade rig of circuits and low-fi electronics, conjures the sound world of legendary experimental musician David Tudor, but becomes something entirely new when fused with the production aesthetics of pop pioneer Dr. Luke. Ted Hearne’s voice – inflamed, athletic and powerfully stark, with the operatic drama of a latter day Jeff Buckley, the experimentalism of Mike Patton and party chic of Ke$ha herself – does battle with his own auto-tune. A tribute and commentary to both classic and ephemeral artists of the pop landscape, R WE WHO R WE uses pop music like graffiti uses public space, exploiting the tension between theft and tribute, like collage artist John Oswald did 30 years ago with his seminal and mischievous Plunderphonic.

TED HEARNE is a composer and performer in New York. He is the winner of the Gaudeamus Prize in composition, and his album Katrina Ballads was listed as a Top 10 classical album of 2010 by The Washington Post and Time Out Chicago. He has collaborated with artists as diverse as J.G. Thirlwell, M83, jazz singer Rene Marie and renowned filmmaker Bill Morrison. Upcoming commissions include works for the Los Angeles Philharmonic, Eighth Blackbird, and a new work for the Brooklyn Philharmonic and hiphop legend Erykah Badu.