We invite you to our final project of 2012 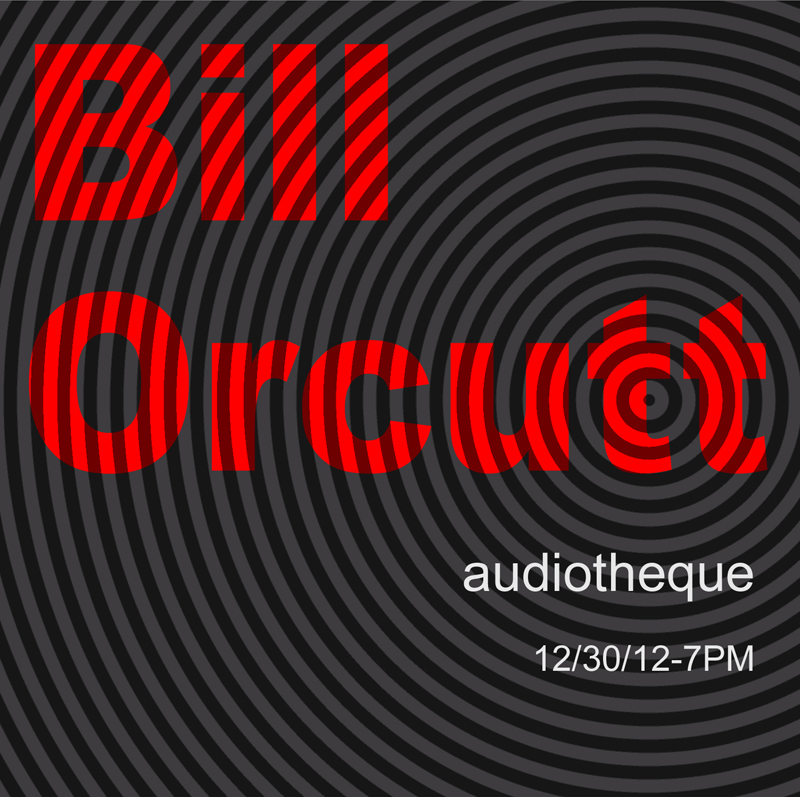 presented by Steve Malagodi + subtropics.org
in partnership with ArtCenter/South Florida

Best known as the guitarist of Miami noise-rockers Harry Pussy, Bill Orcutt was already a significant name in experimental noise circles when he released his solo debut. Long interested in cutting-edge art, Orcutt had a Master’s in English and had made several experimental short films, one of which sold to MTV in 1990. He also played in several local punk bands, most notably the Trash Monkeys, before forming Harry Pussy in 1992 with his wife, drummer Adris Hoyos. They worked together for the next five years, releasing a series of uncompromising and confrontational recordings on small labels and gaining acclaim from the likes of Sonic Youth‘s Thurston Moore and Sebadoh‘s Lou Barlow. Towards the tail end of Harry Pussy‘s existence in 1996, Orcutt completed his first solo recording, titled simply Solo CD. It was issued by the New York-based Audible Hiss label, and featured guest vocals from Hoyos as well as instrumental contributions from drummer Danny Arad and saxman Joe Cohen, among others.

All Audiotheque projects are made available free of charge
and made possible in part with generous support from: