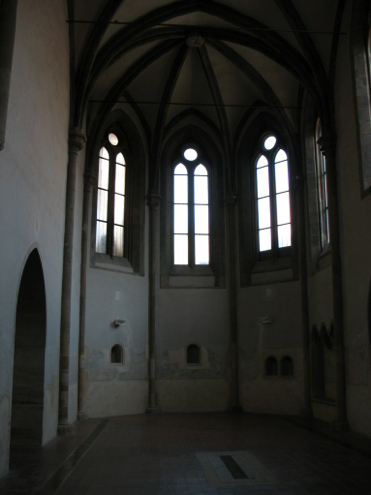 a concert in celebration of the opening of his
Listening Gallery installation, Radiance 2
featuring Armando Rodriguez
with special guest, Julio Rollof on Bass

Free and open to the public.  Space is limited and available on a first-come-first-served basis.

Occupied Spaces shows a concise retrospective of electro-acoustic and multimedia works from composer Armando Rodríguez. Armando Rodríguez has worked with electroacoustics and multimedia since the 1990s, and his style could be related to such concepts as Process Music, Minimalism, Spectralism, Conceptual art, Optic Art and Performance art.

This time, the audience will be able to enjoy a combination of electro-acoustics, video image projections and live performances of mixed media, including instruments such as the Galician bagpipes, Double Bass, Guitar and others, as well as some elements of Performance Art.

Armando Rodríguez studied guitar with Marta Cuervo at the National School of Arts in Havana, Cuba, and after graduating in 1972, he served in the same school as professor of guitar and music theory. He also studied musical composition with José Ardévol and Roberto Valera. His compositions were performed in Cuba by performers and ensembles that included the National Symphony Orchestra of Cuba and the Cuban National Ballet. He received a National Union of Writers and Artists of Cuba (UNEAC) Music Composition Award in 1978.

In 1985, Rodríguez established his residence in the US, where he received an Individual Artist Fellowship Award from the State of Florida in 1991. His music has been performed by renowned artists and ensembles such as the Philadelphia-based Relache ensemble, saxophonist Miguel Villafruela, double-bassist Luis Gómez-Imbert, pianists Roberto Urbay, Max Lifchitz and Beatriz Balzi, as well as guitarists Flores Chaviano and Carlos Molina, in events as the Bang on a Can Festival in New York City, Las Primeras Jornadas de Música Contemporánea de Sevilla, Spain, the São Paulo Biennial in Brasil, the Latinamerican and Caribbean Music Forums and the Subtropics Festivals in Miami, Florida.

He has also collaborated with visual artist Kate Rawlinson and with composer Gustavo Matamoros, with whom he co-founded the PUNTO Experimental Music Ensemble.

Most recently, Armando Rodríguez studied the Galician bagpipe and has conducted extensive research on the Galician and Asturian music and their points of contact with Cuban music. Rodríguez has also studied the history and technique of the bagpipes.

Listening Gallery programs at Audiotheque are organized by

SFCA[isaw+subtropics.org]
leading proponent of experimental music and sound art in the Southeast

with support from
John S. and James L. Knight Foundation

special thanks to our partner organization