About Tom Hamilton and London Fix 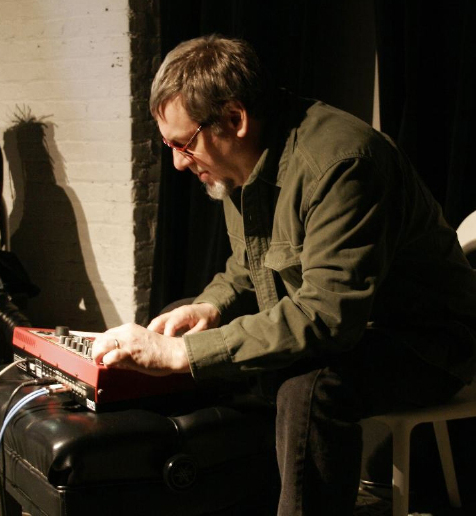 Miami, December 26, 2011 – London Fix is one of the many pieces in our experimental music and sound art collection.  It is a work by Tom Hamilton that seeks to explore in sound the nature of a complex system defined by market fluctuations in the London Gold Exchange.

The first time we organized it in a 90-minute presentation at Dorsch Gallery, as part of Subtropics XVII, in March 2005—a few months after the piece was awarded an honorable mention at the 2004 Prix Ars Electronica.

It was brought back a second time along with 16 other pieces as part of the group exhibition, SOUND, which i curated to celebrate the advent of Subtropics XX, in the main gallery at the Bass Museum of Art, in Miami Beach.

Now, for the first time in the context of the Listening Gallery, we have the opportunity to exhibit London Fix as a stand-alone sound installation for an extended time period.  The piece will begin December 28, 2011, to receive the new year.  The opening in collaboration with Artcenter|South Florida is scheduled January 7, 2012.

And although, Tom himself will visit Miami for a performance at 12 Nights (jan 21) and a lecture about London Fix at the Artcenter Gallery (Jan. 22), i though it would be nice to interview him and share some preliminary thoughts about the piece with you in order to get you started.

GM: How did the idea for London Fix come about?

GM: What in the charts evoked in you a sense of electronic music?

GM: What kind of issues did you encounter in London Fix for turning those charts into musical events?

GM: Do you have recommendations for how to listen to London Fix?

GM: What is your story with sound art?

TOM HAMILTON has composed and performed electronic music for over 30 years, and his work with electronic music originated in the late-60s era of analog synthesis. His ongoing series of concerts, installations and recordings contrast structure with improvisation and textural electronics with acoustic instruments. Rather than addressing traditional modes of expression, presentation and observation, Hamilton often explores the interaction of many simultaneous layers of activity, prompting the use of “present-time listening” on the part of both performer and listener.

Hamilton is a 2005 Fellow of the Civitella Ranieri Foundation, participating in a residency at the foundation’s center in Umbria. His CD London Fix received an honorary mention in the 2004 Prix Ars Electronica. Hamilton’s performing and recording colleagues include Peter Zummo, Bruce Gremo, Karlheinz Essl, Bruce Arnold, Rich O’Donnell, Jonathan Haas, Jacqueline Martelle, Thomas Buckner and Richard Lerman. He has been a collaborator with visual artists, including Fred Worden (filmmaker), Van McElwee and Morey Gers (video artists), and the late Ernst Haas (photographer).

An active participant in New York’s new music scene, Hamilton was the co-director of the 2004 Sounds Like Now festival, and he has co-produced the Cooler in the Shade/Warmer by the Stove new music series since 1993.

Listening Gallery is operated by SFCA [isaw + subtropics.org] with generous support from the John S. and James L. Knight Foundation, by the City of Miami Beach Cultural Affairs Program and Cultural Arts Council, by the State of Florida, Department of State, Division of Cultural Affairs and the Florida Council on Arts and Culture, and by Miami-Dade County Mayor, the Board of County Commissioners and the Cultural Affairs Department, as well as by Sennheiser, manufacturer of state-of-the-art tools for audio professionals. It is also possible with the generous support of our partner organization Artcenter / South Florida