SUBTROPICS [ a.k.a. South Florida Composers Alliance ] is a nonprofit organization dedicated to experimental music, sound art and intermedia since 1985
It supports the creation, public presentation, documentation, discussion and publication of work by artists in connection with our programs

Interdisciplinary SOUND ARTS WORKSHOP [ iSAW ] began in 1995 and is a Subtropics project that organizes ARTIST RESIDENCIES for the creation of new work, and in partnership with Art-Sci-Audio and other entities such as Spectacular.Media, provides production and technical support, curatorial services, and training workshops for artists, arts organizations and media art professionals in South Florida and other areas

iSAW documents and keeps an archive of all Subtropics public programs and prepares them for publication and public presentation. And as its name implies, it also organizes EDUCATIONAL WORKSHOPS about alternative audio-visual technologies and new media

Aside from the educational opportunities available through our Artist Residencies, Sound Art Workshops, and the inevitable Q and A period typical of every performing and installation project we present, Subtropics also created the following avenues for direct intellectual interaction with our audiences:

LISTENING CLUB [ 2014-2018 ]A series of monthly curate sessions open to all. It exposed general audiences to listening experiences that fostered a deeper understanding and enjoyment of sound. It sought to promote auditory literacy and an expansion of the listening pallet, not in an academic setting, but in a relaxed and contemplative atmosphere conducive to developing a taste for new sound experiences — like those provided by experimental music and sound art 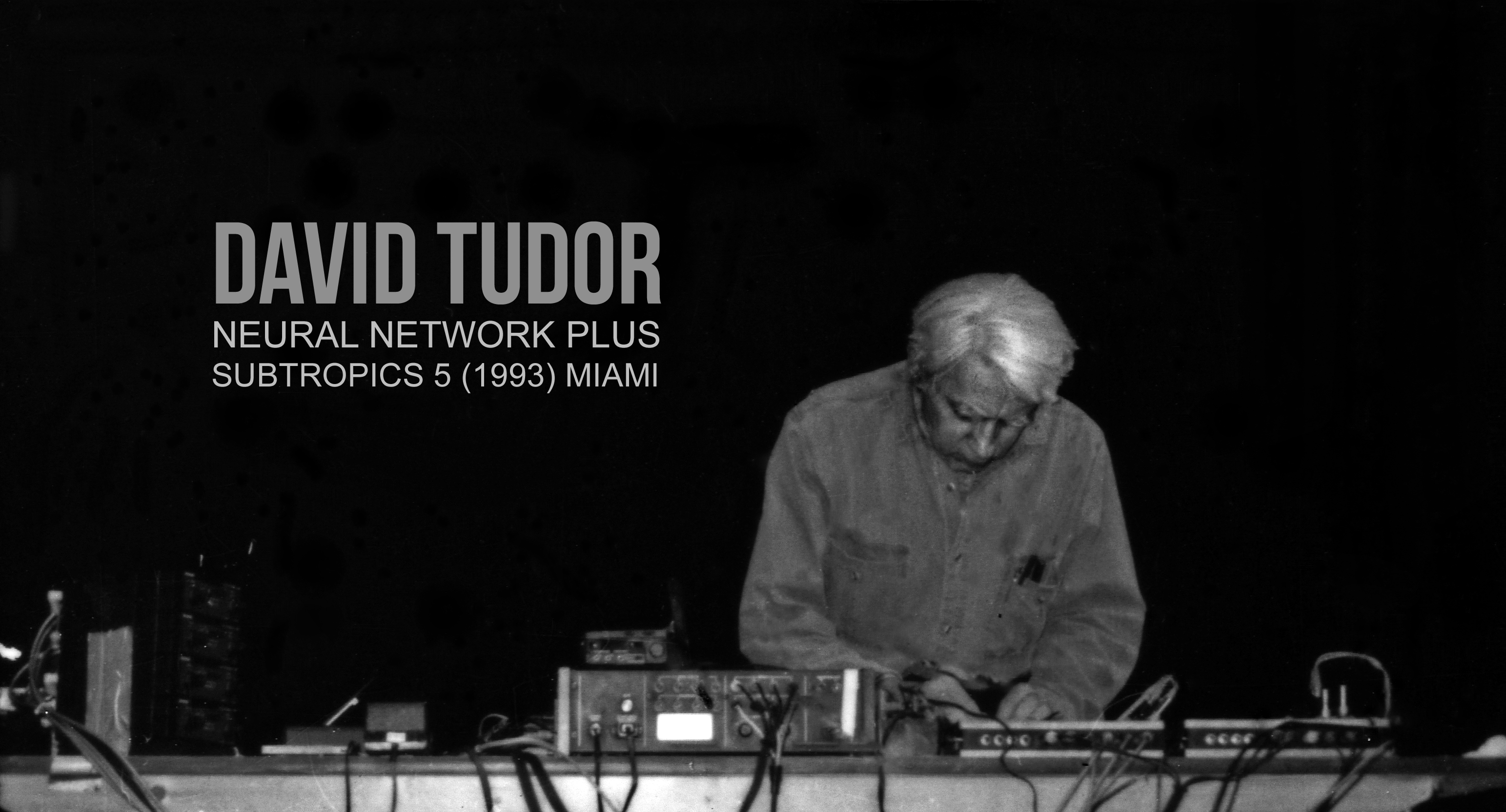 SUBTROPICS FESTIVAL [ 1989-present ]Miami’s annual festival of experimental music and sound arts, began in 1989 and under the artistic direction of Gustavo Matamoros has presented the most preeminent experimental artists of our times, bringing international attention to Miami and the formerly-known-as South Florida Composers Alliance ( SFCA ) from the emerging experimental arts community worldwide. After 20 editions, Subtropics turned biennial in 2009 and has presented a SUBTROPICS MARATHON—showcasing Miami based artists—every year since its inception. The festival is ready to present its 25th edition LIVE as soon as possible after COVID. Soon after its overwhelming community impact, Subtropics was adopted as the name for the entire organization

Other experimental presenting projects have included:

LISTENING GALLERY [ 2010-2015 ]Listening Gallery was a Knight Arts Challenge project that exposed millions of Miami Beach visitors to the experience of sound art in a public art context. It operated 24/7 beginning November 2011 and through May 2015 from the facade at 800 Lincoln Road, Miami Beach and was complemented by a video installation piece called Face2Face in collaboration with Charles Recher

AUDIOTHEQUE [ 2012-2018 ]Audiotheque ( 1.0 and 2.0 ) was housed inside Gustavo Matamoros’ resident artist studio at ArtCenter South Florida ( now Oolite Arts ). It provided audiences of up to 50 people with intimate access to some of the most adventurous, unfiltered, high quality experiences of sound-based art and performance available anywhere

Subtropics Organization, through its umbrella organization South Florida Composers Alliance, has received significant support for all its projects over the years from …